The use of cryptocurrencies like Bitcoin and Ethereum in off-chain transactions is becoming more common — but how exactly does this even work?

L1 and L2 networks offer collaborative opportunities and scalability solutions that allow for faster on and off-chain transactions. For the L2 networks especially, there are both many potential benefits and many major challenges that developers must currently face.

In this article, we discuss what L1 and L2 blockchain networks are, how they work together, and why the development of these networks is so important.

What are L1 and L2 Blockchain Networks?

To understand the L1 and L2 blockchain networks, we must first discuss the blockchain trilemma.

Traditional financial and transactional networks offer remarkable speed and scalability, thanks to the centralized nature of their computing power. By contrast, decentralized blockchain networks are made up of independent nodes that require significant amounts of computing, bandwidth, and storage. This allows the power (so to speak) of the blockchain network to be more distributed and, thus, more decentralized.

Major blockchain networks like Bitcoin and Ethereum are thought to be the most decentralized and are composed of thousands of nodes —15,733 nodes and 4,457 nodes respectively.

This large quantity of nodes offers far greater security. The trade-off, however, is that this abundance of nodes leads to a significant drop in speed and scalability due to the vast computing power it takes to keep these nodes operating properly.

Thus, we have the blockchain trilemma — a battle between scalability, security, and decentralization in which developers can only truly prioritize two of the three.

Here’s where the L1 and L2 networks come in.

To better understand this, let’s look at how L1 and L2 are employed in Bitcoin.

Bitcoin’s Lightning Network (built entirely separate from Bitcoin) is the L2 network. Through this network that acts as the second layer to Bitcoin, Bitcoin transactions can be carried out with much greater speed and scalability due to micropayment channels that enable instant transactions between two parties, such as an eCommerce shop and a customer.

Keeping the roles of the L1 and L2 networks in mind, let’s examine how these two layers work together.

How L1s and L2s Work Together

In short, L1s and L2s work quite well together, if built correctly. The ability for transactions and data to be processed elsewhere quicker and then brought back to the L1 is the essence of how these two operate. The end goal is that there will always be a record on the ledger of what happened in the L2, but it all happens in periodic writes with actual functionality granted vs. it all requiring an official block written on the main blockchain for every single successful transaction. When discussing how L2 networks facilitate greater scalability to supplement the decentralization and security of L1 networks, it is important to have an understanding of the different L2 scalability solutions.

The L2 scalability solutions are as follows:

The Risk of Sidechain Bridges

Sidechain bridges can be highly advantageous in expanding the possible transactional uses for cryptocurrencies, NFTs, and other blockchain technologies.

Yet, they also come with a large set of risks.

Bridges can be divided into two main categories, both with their own benefits and disadvantages: trusted bridges and trustless bridges. A trusted bridge utilizes a third party to validate transactions and act as the custodian for assets. Meanwhile, trustless bridges utilize smart contracts and algorithms for this purpose.

According to an April 2022 article from The Defiant, both trusted and trustless bridges are prone to “fundamental and technical weaknesses,” making them susceptible to hacks and exploits, such as the Solana Wormhole exploit that resulted in $320 million theft.

Despite these challenges, there is still vast room for improvement, particularly by way of developing a more secure multi-chain approach.

The Defiant article goes on to state:

“Cooperation between protocols is needed. The Web3 space is characterized by its bonded community, so having the brightest minds in the industry working together to make the space a more secure place would be the perfect scenario.”

Why L1 and L2 Development is Important to the Blockchain Ecosystem

The reality of L1 and L2 networks — and, more importantly, their ability to work together securely in a decentralized yet still scalable approach — is that more development is needed.

As of today, the general blockchain market is facing stark bearish attitudes, largely thanks to the many massive hacks that have taken place leading to the loss of millions of dollars. However, despite bearish opinions, the solution to these challenges lies in furthering the development of these networks.

For example, let’s consider how new server and delivery technologies have been developed as the internet has grown and transitioned into Web3. Technologies such as cloud and edge computing, as well as content delivery networks (CDNs) were not immediately adopted or embraced. Yet, as these technologies have become more advanced and secure, they have quickly become the new norm of the internet. CDNs serve a function similar to an L2 in many ways, and are used by virtually every device accessing the web on a daily basis. By processing file access into servers closer to you, they can create a more efficient delivery of content without requiring calling origin servers for content that isn't unique and doesn’t change dynamically.

The same can be true for L1 and L2 scalability solution development. Innovation is still very much underway to create a blockchain that is more efficient and developer-friendly. An increasing focus on enhancing cross-compatibility can create a more robust blockchain ecosystem that developers feel comfortable building on and that more apps can work with.

More and more chains are being developed every day, with L1 and L2 networks adding extra layers of complexity to these chains.

While consolidation is inevitable — especially as developers grow more interested in a multi-chain approach — it is crucial to know how to keep your digital assets safe in the meantime.

At Webacy, our technology ensures the future of your cryptocurrencies, NFTs, and other digital assets. We allow users who are taking their assets into self-custody on hardware, computer, or browser wallets to do it in a safe manner with the right checks and balances.

From a Backup Wallet product that can instantly transfer your assets in the event that you lose access to your main wallet, to real-time notifications of events inbound and outbound from your wallet, we have the tools you need to feel secure in the current blockchain space. Gain access to Webacy today and start securing the future of your digital assets.

There's a lot of information out there. The Webacy team has put together an infographic on the latest best practices for managing web3 wallets. Here's the graphic translated into text: Quick Tips: * Keep at least 3 wallets: 1 hot, and 2 cold. * Never store seed phrases on computers or phones. 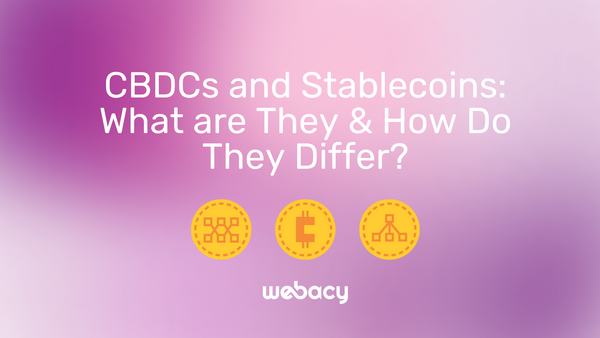 As cryptocurrencies have exploded in popularity, we have seen an equally impressive rise in new use cases for blockchain-based technology. Two types of digital currencies are hot on the minds of banking authorities and investors: CBDCs and Stablecoins. Both of these currencies take the basic framework of cryptocurrency and alter 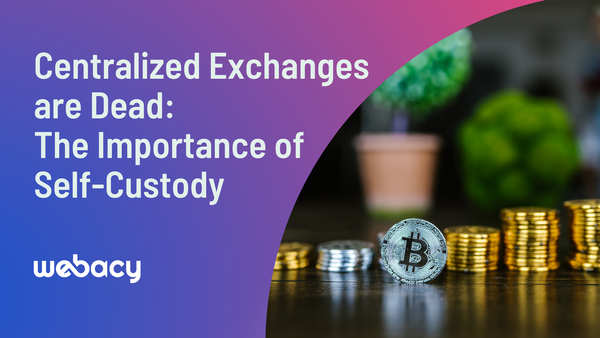 The era of centralized exchanges is over. With the recent collapse of FTX — a failed cryptocurrency exchange that lost  and halted withdrawals from the platform — trust in crypto exchange firms is at an all-time low. The fall of FTX has revealed many weaknesses within the larger crypto industry that preyed