(*note – we know that Facebook is now called Meta, but we’ll be using their original name for the time being while people get used to the name change)

People die every day – that’s a simple fact of life. Yet, in this increasingly digital age, even the deceased can live on in uncomfortable ways thanks to social media profiles and other online accounts.

Deceased users were not an immediate issue in the early days of social media, as most users belonged to younger generations. However, as the popularity of social media has grown, so has the number of accounts belonging to people no longer with us.

In this article, we will explore the growing number of dead people still present on social media – particularly in the case of Facebook. We will further discuss the impacts this dead-to-alive ratio may have in the future, including what social media platforms are doing to combat this issue.

Alive vs. Dead: A Look Into Facebook’s User Base

It can be shocking to think that the social media you use may have more dead users than alive ones – after all, how can that even be possible?

The reality is that the dead are quickly piling up on all social media platforms. This is especially true for Facebook, which has nearly 3 billion monthly active users as of the third quarter of 2021. As for inactive users, it’s hard to calculate how many inactive accounts are currently present on Facebook, as this data is not often publicly reported.

Due to this lack of official Facebook data regarding inactive accounts, it is even more difficult to pin down an exact number of how many deceased users the platform has. Estimates range above 30 million, depending on the source.

Interestingly, Facebook offers one of the most robust policies for dealing with accounts of the deceased. While other platforms offer only the option to deactivate or remove accounts, Facebook allows immediate family members to memorialize and take control of a late loved one’s profile. It is reported that this feature was initiated by Mark Zuckerberg himself, Facebook’s founder, after a non-immediate family member had passed away.

Even more intriguing are the predictions that come from a study by the University of Oxford that states the dead could outnumber the living on Facebook by as early as 2070. The study also predicts that at least 1.4 billion members will die before 2100.

Put simply, this means that the dead will outnumber the living on Facebook in less than 50 years.

What Happens to Social Media Accounts After Death?

When it comes to social media platforms outside of Facebook and Instagram – which is owned by Facebook – the deceased user policies vary greatly. Many platforms do not offer memorialization options but do offer immediate family members the option to close the accounts of late loved ones.

Social media platforms rely exclusively on family members and friends to report the deaths of their users to them. In a way, this makes the most sense – with millions, or even billions, of users, most social media sites cannot feasibly keep track of who is dead and who is alive.

Of course, this requires a person’s loved ones to go through the steps to remove their account, which can be a difficult task on top of dealing with the grief of loss. Plus, many families and friends wish to keep their loved one’s accounts up as a memorial, despite the lack of control over these memorials that many social media platforms have.

This, combined with the increasingly global use of social media, may drastically impact the dead-to-alive ratio across the entire Internet.

To explore this possibility, let’s examine the potential dead-to-alive ratio of LinkedIn in the coming years. Unlike other platforms, LinkedIn attracts a significantly older audience and user base in general.

According to Statista, the largest group on LinkedIn in July of 2021 were 25 to 34-year-olds, accounting for nearly 60 percent of the user base. A further 17.5 percent of users belong to the 35 to 54-years-old age range.

While LinkedIn does not have nearly the same user base as Facebook, its attraction to older demographics positions the platform to contain an immense number of deceased users in the coming decades.

In the coming years, social media platforms have the potential to transform into digital graveyards without the proper management of deceased users’ accounts.

Memorialized accounts can be touching mementos for the family and loved ones of a deceased user – yet, only a select few platforms offer such memorialization options. This leaves families to make the hard decision of closing a loved one’s account after their death or leaving it frozen in time forever on the web. This binary option doesn’t feel sufficient for the complex nature of grief and remembrance. We believe there can be a better way.

Ultimately, social media companies need to pay more attention to their deceased users and give families and friends a greater selection of options for taking control of or deleting profiles – it is clear that this issue will only gain more importance over the coming years.

As for social media users themselves, it is imperative to decide what you want to happen to your accounts while you are still alive and to make the decision on how to grant your loved ones access to your accounts when the time comes.

We’d love to help you think through this process at Webacy. Don’t hesitate to add your name to our waitlist here: http://webacy.co/ 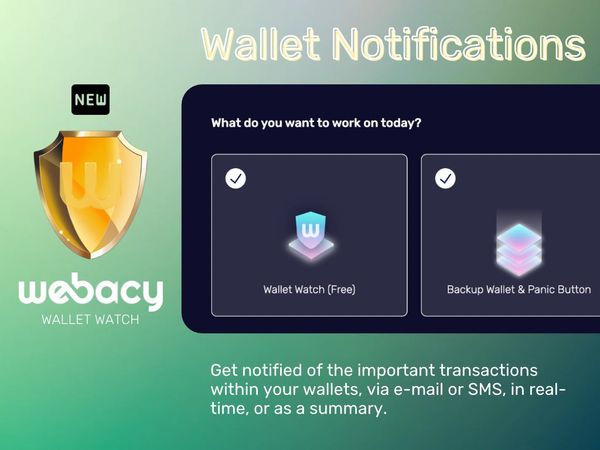 The Webacy team is excited to announce the newest addition to our Safety Suite: Wallet Watch! We check our on-chain activity a lot less than we should. With the current tools on the market, it's hard to know when things enter your wallet, when things leave your wallet, and once 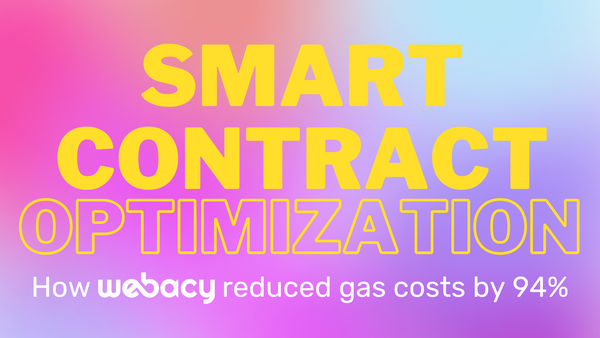 Today’s announcement is a technical update rather than a product launch, but nonetheless some exciting news we wanted to share. This may also be a great set up tips / learnings for anyone building smart contracts on blockchain. One of the features of Webacy’s architecture is that everyone gets 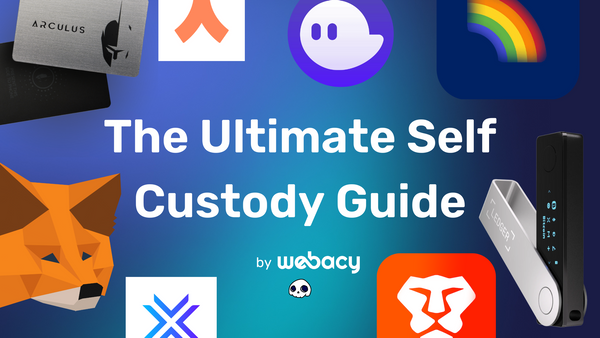 Greetings blockchain traveler. A lot’s happened in the crypto world in the past few weeks. If you want to read a brief piece on the company’s stance on recent events, check out this post. This is the Ultimate (and simple) Self Custody Guide, by Webacy. Read on. Webacy